Tips From the Bar: Adam Says It’s an Easy One 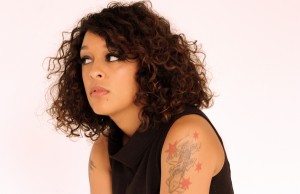 Eve Ewing is a Chicago-born poet and essayist whose work has been published in Poetry Magazine, The New Yorker, Union Station, Bird’s Thumb, joINT, and Blackberry, and the anthology The Breakbeat Poets: New American Poetry in the Age of Hip-Hop (Haymarket Books). She has been a Pushcart Prize nominee, a finalist for the Pamet River Prize, and a scholarship recipient for the New Harmony Writers Workshop. She is the former managing editor of Kinfolks: a journal of black expression and a current editor and staff writer for the website Seven Scribes. She is also one of the organizers of MassLEAP, which is home of the Louder Than A Bomb Massachusetts youth poetry slam, and a doctoral candidate at Harvard University, where she studies race, education, and inequality.