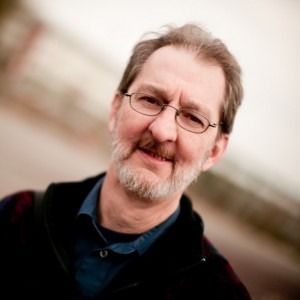 Rich Beaubien (a.k.a. “Mr. Beaubien,” “Mr. Simone,” and just plain “Rich”) has been producing photographs for over forty years. His photos have appeared in solo and group shows, international exhibitions, publications (magazines, calendars, newsletters, books, annual reports, etc.), Internet websites, photo trade shows, and private collections. He could name-drop a number of well-known photographers, but figures most poets aren’t interested. He is, however willing to admit to being Simone Beaubien‘s father.

After having attended a small number of slam events, Rich’s photography really got kick-started while attending the the 2007 Individual World Poetry Slam in Vancouver, B.C. He was warmly received by the poetry community and event hosts, who let him “run rampant” though the venues with his camera for the duration of the four-day festival. He is humbly grateful for the community’s continued permission to do so, as well as for the fine performances he’s been granted the opportunity to witness.

Rich’s remarks: “If you see that I’ve captured ‘your soul’ and need a copy, let me know. I’m easy to get along with! Note that if you don’t see your photo, you either weren’t there when I was, you were but the photo sucked, or the poem was so good that I forgot to take a photo.”

Rich’s library of poetry photos is well stocked and he may be contacted directly by email at intheviewfinder@gmail.com, or through his Facebook page. A broader selection of his photography is available on his homepage, richbeaubien.com.