The 8×8 slams are conducted in head-to-head (or “bracket”) format, an old-school style no longer in use in most of the country. Eight poets sign up and perform in pairs: poet 1 vs. poet 2, poet 3 vs. poet 4, poet 5 vs. poet 6, and poet 7 vs. poet 8. The winning four poets advance to the second round and face off in pairs again. The final two poets slam off in the final round for the win!

Poets new to competition are invited to read over the guide for first-time slammers. Slammers new to the venue will be interested in the following rules and format details for the 8×8 slam series:

After eight slams, all eight winners are invited to return for the Champion of Champions Slam.

All poets, including out-of-towners, feature entourage, and other carpetbaggers are welcome and encouraged to slam in the open poetry slams. There are dozens of open slams during the year and you won’t be taking anyone’s one and only chance at winning. 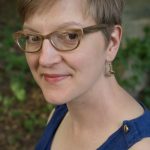