Return to find a poet 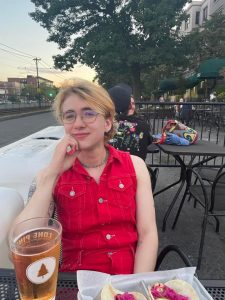 Myles in their natural habitat (Allston), 2022. Photo by Lip Manegio.

Myles Taylor (they/he) is a Boston-based transmasculine poet, host, organizer, educator, food service worker, Capricorn-Aquarius cusp, and glitter enthusiast. They are the current Co-Producer of the Boston Poetry Slam and former President of the Emerson Poetry Project. They represented Emerson College at CUPSI for three consecutive years, winning Best Poem in 2018, and were a member of the 2017 Boston Poetry Slam NPS team. They have since toured internationally, graced finals stages at VOX POP, FEMS, and Catching Fire, and coached several slam teams. A complete list of their published works can be found at https://myles-taylor.com/. Their first full-length collection is forthcoming in December 2023 from Game Over Books.

Myles went to the Cantab a couple times toward the end of their freshman year of college and subsequently spent their whole summer in their childhood bedroom in New Jersey stalking the BPS website, counting down the Wednesdays until their return. They have missed very few shows since; when their body is elsewhere on a Wednesday, their brain is still doing its rounds in the Cantab basement. Nowhere else feels quite like home, and no one else but their fellow queer & trans regulars feel quite like family. 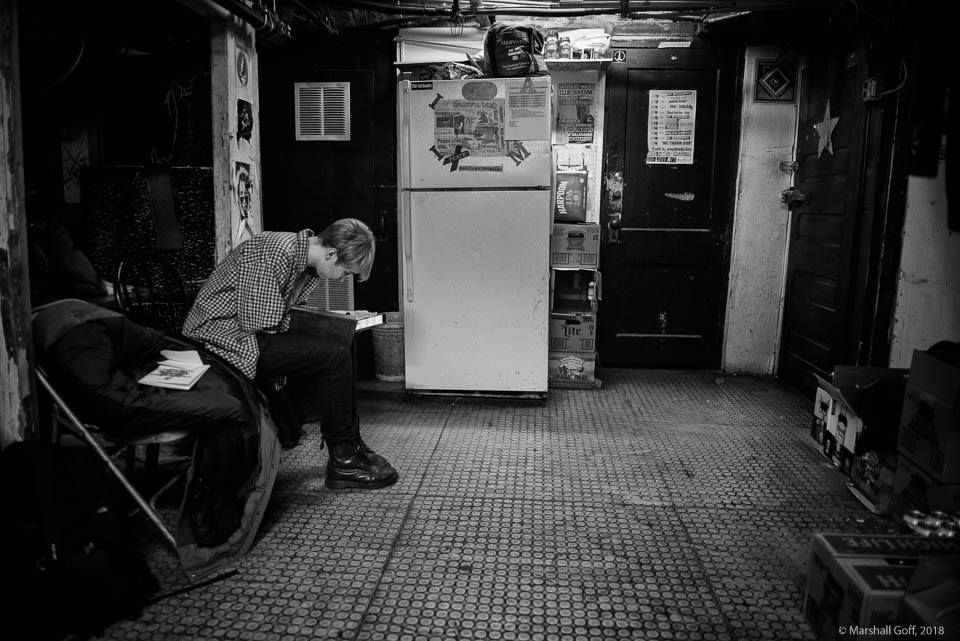 Myles memorizing in the back room during team selection slams, 2018, photo by Marshall Goff.

To book them for a feature, to inquire about the show, or just to compliment their eyeliner, email them at myles@bostonpoetryslam.com or follow them on social media @mylesdoespoems.