Tips from the Bar: Sweet Goodbye

THIS SHOW REPRESENTS A SCHEDULE CHANGE. Tova Charles and Zai Sadler (bios below) have had to cancel their trip to New England. Instead, we present a double-feature farewell to two poets departing New England this week.

Melissa Newman-Evans, departing us for the higher climes of Denver. Photo by Marshall Goff.

Melissa Newman-Evans is a two-time semi-finalist with the Boston Poetry Slam Team (2012 and 2014) and the only Cantab poet to successfully bait Oz into performing a group piece at NPS. She and took top honors (along with duet partner Kevin Spak) at the Cantab’s one and only Group Piece Slam in 2009. Her work has been featured in Side B Magazine, Muzzle Magazine, decomP, Radius, and PANK.

Melissa has provided print production and graphic design work for the Boston Poetry Slam family of shows, including the Encyclopedia Show: Somerville, the 2011 National Poetry Slam, and the 2013 National Poetry Slam where she served as Art Director. She also has served as bartender/waitstaff for the Cantab Lounge every Wednesday night. She leaves us for Denver at the end of this week. 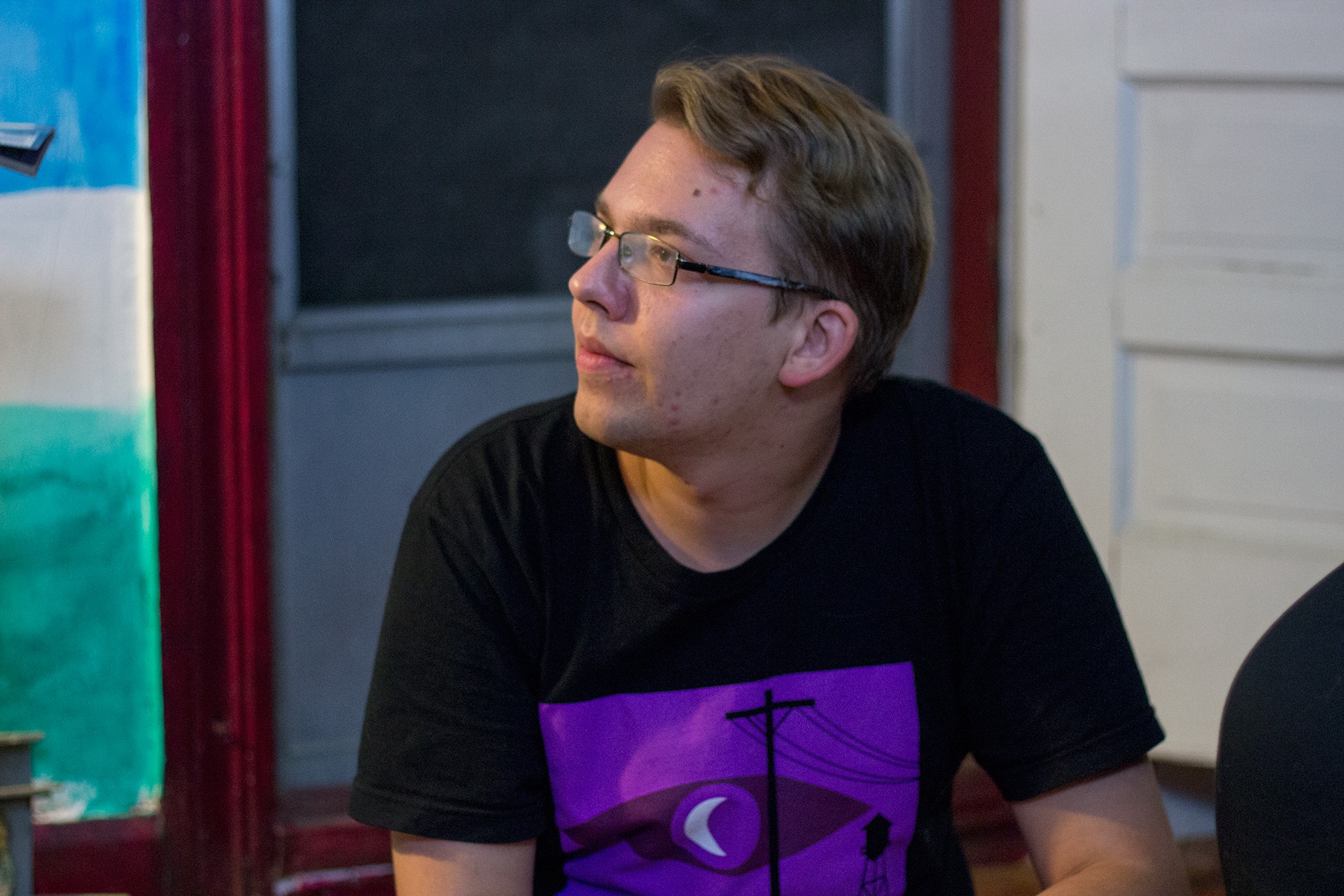 Alex Ehrhardt, departing for the frozen north at the end of the month.

Alex Ehrhardt is a poet living in Somerville and writing in odd locations all over the Boston metro area. His work has appeared in Phantom Kangaroo and Maps for Teeth. In addition to poetry, he’s been a staff writer and editorial assistant for an online pop culture critique magazine called The Analytical Couch Potato. He’s leaving you for the patchouli-scented hinterlands of Ithaca, NY, but he’ll be back, promise.

Biography of the canceled double-feature: 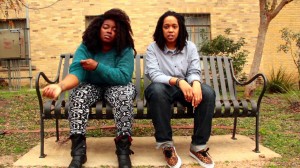 The Hair and Teeth and Talk Tour: Tova Charles and Zai Sadler.

Tova Charles and Zai Sadler are two nationally ranked poets on tour together to share good words, laughs, and poems. The Hair and Teeth and Talk Tour showcases group and individual work from these two women who worked together on the fifth-place 2013 Austin Poetry Slam team.

Marzai “Zai” Sadler has been on four slam teams out of Austin, Texas, representing both of the community’s venues; Zai was a 2010 National Poetry Slam Finalist with Neo Soul and a 2012 NPS Group Piece Champion with the August Poetry Slam.

Tova Charles, is a powerhouse performing spoken word born in Lafayette but raised in Austin. The daughter of a librarian and Zydeco percussionist, she gained her passion for writing from her mother and her passion for performing from her father. She is a graduate of the University of Houston with a BA in English literature, a 2011 Women of the World Poetry Slam finalist, and the Host City Director of the 2014 Women of the World Poetry Slam in Austin.

Learn more about the Hair and Talk and Teeth Tour here.