Tip from the Bar: The Not Your Average Herbie Prompt 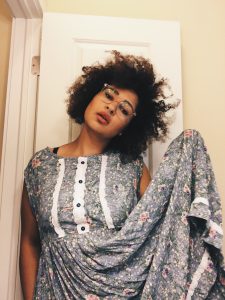 Zenaida is a fire starter, a southern green witch and a queer of color who likes the wind chimes outside her window and giving rocks to people they love. Zenaida has competed in four collegiate and national poetry competitions placing in the top ten each time. Most recently Zenaida was on the House Slam team placing third nationally and is organizing the Feminine Empowerment Movement Slam, the first slam tournament for feminine people. Zenaida believes the softness and floral of people is silenced too often. They also believe everything they hear so you shouldn’t lie to them. Zenaida unwrites the lies they’ve been given. Zenaida also unwrites violence, misogyny, racism and their ancestors’ curses.