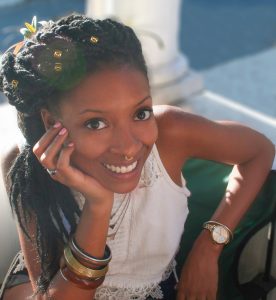 Simone John is a poet, educator, and freelance writer based in Boston, MA. She received an MFA in Creative Writing from Goddard College with an emphasis on documentary poetics. Her poetry and essays have appeared in Wildness, The Pitkin Review, Public Pool, and the Writer in the World. She is a contributing editor at Gramma Poetry.

Testify (Octopus Books) is her first full-length book of poems, released in August 2017. Find her online at simonejohn.com or on twitter @simoneivory.