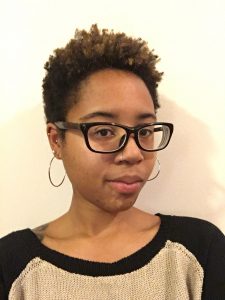 Maya Phillips was born and raised in New York. Maya received her BFA in writing, literature, and publishing with a concentration in poetry from Emerson College, where she served as SlamMaster of the Emerson College Poetry Project and competed at CUPSI as a member of the 2010 and 2011 slam teams. In 2011, she represented the Boston Poetry Slam at the National Poetry Slam as a member of the Cantab slam team. She currently works as the associate content producer at the Academy of American Poets and is an MFA poetry candidate at Warren Wilson’s MFA Program for Writers. She lives in Brooklyn.