Tips from the Bar: The Audio Commentary of the Damned 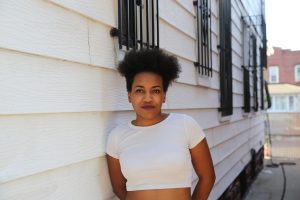 Taylor Steele is a Brooklyn-based/Bronx-born spoken word artist, playwright, and essayist. She has been published by several online publications (Apogee Journal, HEArt Journal, Wicked Banshee Press, Blackberry Magazine, Rogue Agent, and many forthcoming), and is a content writer for The Body is Not an Apology. Taylor’s work has been featured on Button Poetry, The Huffington Post, and her chapbook Dirty.Mouth.Kiss will be published in Fall 2016 by Pizza Pi Press. She placed fifth in the 2015 Women of the World Poetry Slam and sixth in 2016. She believes in the power of art to change, shape, and heal.