Tips from the Bar: Triskaidekaphilia 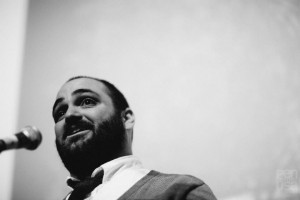 Jeremy Radin is a poet and actor living in Los Angeles. His poems have appeared (or are forthcoming) in numerous journals including Union Station, Nailed, Souvenir, and Freezeray. His first book, Slow Dance with Sasquatch, is available from Write Bloody Publishing. You may have seen him on It’s Always Sunny in Philadelphia or in a restaurant aggressively eating pancakes by himself. Follow him @germyradin. 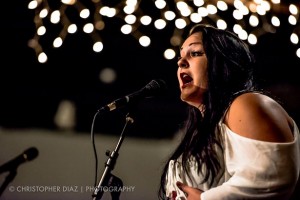 Tonight’s show will also feature a spotlight from another touring poet: Beck Cooper.

Beck Cooper is a New Orleans based spoken word artist whose work draws upon personal experience to explore themes of womanhood, queer identity and body positivity. She is a two time member of the Baton Rouge National Slam Team, and her poetry has been featured on Upworthy, Everyday Feminism, and All Def Poetry. Beck ranked within the top twenty poets at both the 2015 Women of the World Poetry Slam in Albuquerque, New Mexico, and the 2015 Southern Fried Individual Poetry Competition in Little Rock, Arkansas.