Tips from the Bar: And Also the Academy 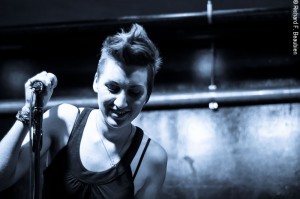 Named Best Female Poet at her first national poetry competition in 2008, Carrie Rudzinski has since performed her work across the United States, New Zealand, Australia, Canada, and India. Ranked 4th in the world at the 2014 Women of the World Poetry Slam and 7th at the 2013 Individual World Poetry Slam, Carrie has represented Boston, Denver, and Los Angeles over the course of 11 national poetry competitions. She accepted a part-time faculty position teaching Poetry and Performance at California State University Northridge for the Spring 2014 semester. Her most recent book, The Shotgun Speaks, was published in 2013.