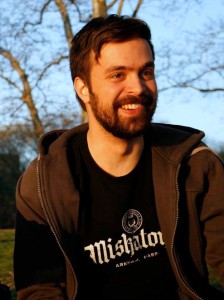 Andrew Campana was born and raised in Toronto, and now lives in Somerville, Massachusetts. He’s currently working on his Ph.D. at Harvard in Japanese literature and media studies, and started writing poems as a way to distract himself from preparing for his general exams. This didn’t really work, because all his poems turned out to be about the things he was studying.

He has done readings in Boston, Toronto, and Tokyo, and his work can be found in On Spec Magazine, Freeze Ray Poetry, Voicemail Poems, Printer’s Devil Review, and Gendaishi Forum (現代詩フォーラム). He always chooses Luigi.

Tonight’s show will also feature a spotlight from Austin poet Jena Kirkpatrick. Jena performs and conducts writing workshops with the Trio of Poets (including Regie Gibson and Timothy Mason) In January 2011, Jena released her first poetry and music compellation CD, Dangerous Snakes, featuring 20 years of poems accompanied by a variety of Austin’s most talented jazz, singer/songwriter and pop musicians. 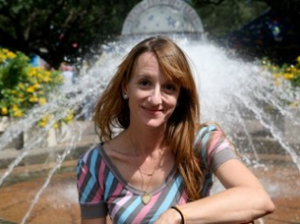 Over the last two decades, Jena has self-published seven books; co-written, directed and produced three multi-media performance art pieces; and competed in two National Poetry Slam competitions. She is published in Shelf Life Magazine and Drash Pit, and featured in articles in The Austin American Statesman, The Daily Texan and Teachers & Writers Magazine.

This show in our weekly Wednesday series takes place at the Cantab Lounge, 738 Massachusetts Ave. in Cambridge. Doors for the show open at 7:15. The open mic begins at 8:00 and the feature performs at approximately 10:00. An open poetry slam in the 8×8 series will follow. The show is 18+ (ID required) and the cover charge is $5.