Tips from the Bar: The 90s Are Back 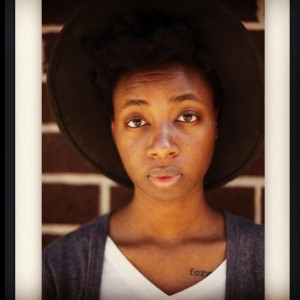 Tonya Ingram graduated from New York University with a Bachelor’s degree in Social Justice Education Through Performance Poetry. She has been fortunate to perform at the New Amsterdam Theater on Broadway, the Cutler Majestic Theater and Berklee Performance Center in Boston, the Apollo Theater, San Francisco Opera House, and Harvey Theater at the Brooklyn Academy of Music. She is the recipient of the 2009-2010 President’s Service Award, the Lorraine Hansberry Arts, Performance, and Media Award, the 2010 New York Cares Volunteer Extraordinaire Award and the BBVA Leader of Tomorrow Award. She is also the 2011 recipient of the Cora Craig Author Award for Young Women and is working on her first book of poetry.

Tonya has represented NYU at the 2010, 2011 and 2013 College Unions Poetry Slam Invitational, and as the NYU Grand Slam Champ in 2010 and 2013. In addition, she represented herself at the New York Knicks Poetry Slam during 2010 and 2011: in 2011 she won the city-sideevent. She was a member of the 2011 Urban Word-NYC poetry slam team that placed second in the nation at the Brave New Voices International Poetry Slam Festival in San Francisco, and subsequently a member of the 2013 Nuyorican Poets Cafe Grand Slam team that placed third at this past year’s National Poetry Slam. She is currently pursuing her MFA in Public Practice.