Moonlighting: A Queer Open Mic and Reading Series on Thursday, May 2, 2013 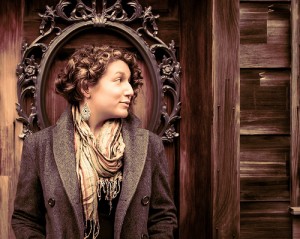 Tatyana Brown, Moonlighting feature for May 2.

THE SECOND INSTALLMENT IN OUR LGBTQ MONTHLY SERIES, MOONLIGHTING! Click here for more information about Moonlighting. The night’s featured poet will be Tatyana Brown.

Tatyana Brown is the founding Captain of The Lit Slam, a San Francisco-based, live-audience curated literary show and poetry journal. She ranked fourth at the 2011 Individual World Poetry Slam and has toured North America ever since, facilitating workshops and performing at venues for storytelling and poetry. She visits universities (including the Indiana University, Duke University and Yale University) to speak on the subject of poetry slam as a contemporary American literary tradition specifically, and the vibrant nature of American oral tradition more generally. She also teaches workshops on using various communication tools (including shock-value comedy) to interrupt and dismantle systemic oppression. Her work has appeared on NPR’s storytelling show, Snap Judgment. She holds the distinct honor of winning the longest consecutive string of XXX Haiku Deathmatch Championships at Oakland’s Tourettes Without Regrets (and she did so with progressive, feminist comedy).