Tips from the Bar: Another MFG Prompt 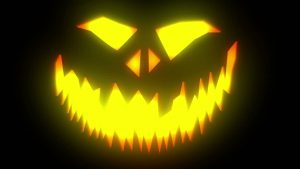 Don’t come to the Cantab on October 30 if you scare easily! We’ll be pre-gaming Halloween with a Ghosts vs. Zombies vs. Vampires vs. Werewolves slam. Image courtesy Shutterstock.

Conjurers! Exorcisers! Peeps with a creepy mask you’re dying to wear! Tonight is the night when witches fly– and when supernatural beings slam off against one another for supremacy of the spoooooopernatural realm (by which we definitely mean the dungeon we call the Cantab basement). Four slam teams representing Ghosts, Zombies, Vampires, and Werewolves will float/flap/lurch to the stage, with costumes encouraged and Themes of Darkness basically mandatory.

Interested in learning more, or signing up to slam? Email your team preference to Rat Queen Cassandra de Alba. Spots in the competition are limited, but our open mic will also welcome anyone writing (and/or dressing) to the seasonal theme. Come get your creepy creature scare on!