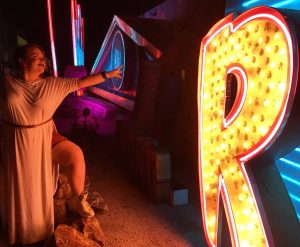 You probably recognize Melissa Newman-Evans from Button Poetry or being the other horrible redhead behind the bar a few years back, but she is also a Pushcart Prize nominated poet. She was a member of the 2012 and 2014 Boston Poetry Slam teams, and a National Poetry Slam Finalist with the 2015 Denver Mercury Poetry Slam team. Her work has been published in Bodega, Muzzle, Radius, and FRiGG, among others, and she holds the title of Prettiness Engineer at Drunk in a Midnight Choir. She likes her lipstick red.