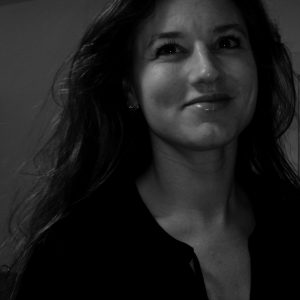 Zanne Langlois lives in Portland, Maine, where she teaches high school English and organizes poetry slams and workshops for high school students in the greater Portland area. She holds a BA in English from Tufts University and a M.Ed. in Teacher Leadership from Harvard Graduate School of Education and has the student debt to prove it. Her poetry has appeared or is forthcoming in Rust + Moth, Three Drops from a Cauldron, The Cafe Review, The Fourth River, Off the Coast, Rattle Poets Respond, Yellow Chair Review, Third Point Press, Menacing Hedge, and English Journal, as well as in the anthologies Passion and Pride: Poets in Support of Equality and Word Portland’s Be Wilder. Her work has been nominated for both Best of the Net and Independent Best American Poetry, and her piece “The Chambers of a Gun” is available on the Button Poetry Channel. 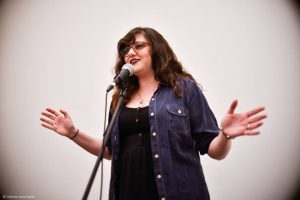 Tonight, our last Wednesday of the year, also marks the final night in our current 8×8 poetry slam series! Following Zanne’s feature, eight slam winners will slam off for the season championship and the opportunity to challenge Jess Rizkallah, the current reigning Champion of Champions.