Tips from the Bar: Where Are They Now?

Tips from the Bar: Ghost Title 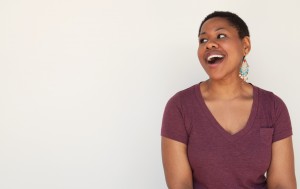 Sasha Banks, poet and educator from Ft. Worth.

Sasha Banks is a poet and educator from Ohio, by way of Alaska, by way of Germany, by way of California. She lives in Ft. Worth, Texas, teaching writing workshops for elementary and university level students. She has spoken for Arun Gandhi, and was a Golden Poem Award winner and performer at the 2013 National Poetry Slam. Her work has appeared in The Austin International Poetry Anthology, Kinfolks Quarterly, Tulane University’s Vagina Monologues and was awarded publication in Alight. She is a 2013 Button Poetry Chapbook Prize finalist.