Tips from the Bar: the Adam Stone prompt 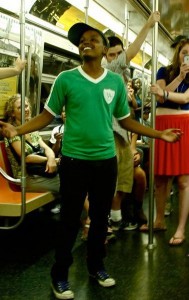 Cameron Awkward-Rich is a weirdo and a graduate student who sometimes also sends poems off into the abyss for the hell of it, a habit he developed early but honed at Wesleyan University where he co-created a queer art magazine and his senior project –a collection of poetry –won the Dorchester Prize for best thesis submitted to the English Department. In 2012, Cam was a member of both the Bay Area Unified and Stanford University slam teams. He is currently pursuing a PhD from the program in Modern Thought & Literature at Stanford.