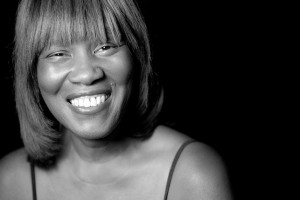 THIS SHOW HAS A STRICT CAPACITY OF 100.
WE WILL SELL OUT!

Patricia Smith. Patricia Smith. Patricia Smith. Four-time individual National Poetry Slam winner, National Book Award nominee, AWP all-star, and she’s never lost a slam at the Cantab, the venue she co-founded and hosted since day one. Simply put, she’s easily the highest-ranked slammer of all time, the mama of all things Boston Poetry Slam, and one of the reasons Wednesday is even permitted to be a day of the week. She gets an extended set tonight because the audience would riot if she only performed for thirty minutes. You can order her newest book, Shoulda Been Jimi Savannah, ahead of time in case you are too poet-struck to buy it from the author herself.

If that isn’t enough for you, though… There’s a big ol’ writers’ conference in town this week, and Patricia won’t be the only old-school slammer attending. She’s offered to guide a few of those writers and performers to our stage to give us a star-studded night at the old dive bar, and we hope a few first-timers to slam will wander in to see what all the fuss is about, too. Come early, stay late, and take notes: it’s going to be a night to remember at the Cantab Lounge.

AMAZING UPDATE! We now have the full list of people who’ll be performing at the Cantab on this night, and it is a doozy. The murderer’s row:

And we are excited to announce that the lead singer of Roomful of Blues, Phil Pemberton, will be accompanying Patricia! YOWZA.

This show in our weekly Wednesday series takes place at the Cantab Lounge, 738 Massachusetts Ave. in Cambridge. Doors for the show open at 7:15. The open mic begins at 8:00 and the feature performs at approximately 10:00. To allow for extended feature time, there is no open poetry slam tonight. The show is 18+ (ID required) and the cover charge is $3.