Tips from the Bar: Prompt by Proxy

Tips from the Bar: Spooner It Ain’t 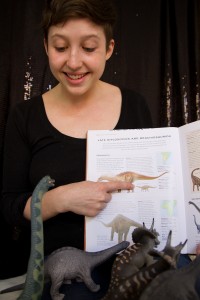 Lucia Misch grew up at an astronomical observatory near San Jose, California, began writing and performing at fifteen, and moved to Canada three years later. She placed second at the 2011 Canadian Individual Poetry Slam, was a member of the 2010/11 Vancouver Slam Team, a two-time South Bay Youth Slam champion, co-founder of the University of British Columbia poetry slam, and the winner of the 2010 Vancouver Labour Slam. She can fix your bicycle, make you a mean leek and potato soup, or let you borrow her staple gun, all for the small price of a story about dinosaurs. She believes in the Oxford comma and currently lives in Montreal.