Tips from the Bar: Easy on the Prophecy 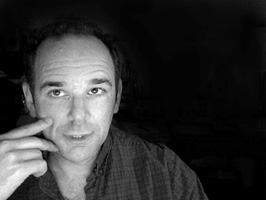 During his West Coast life, poet and playwright Gregory Hischak was a Seattle Grand Slam Champ and toured with the spoken word troupes Staggered Thirds and WordCore. Now an East Coast fixture, he curates the Poetry Session at O’Shea’s in West Dennis and his plays have recently been staged by the Source Festival (Wash D.C.), Portland Stage Company (Portland ME), the Boston Theatre Marathon, and Actors Theatre of Louisville—as part of the 2011 Humana Festival of New American Works. His poetry collection, Parts & Labor, is newly out on Pond Road Press. He lives in South Yarmouth, Massachusetts.