Cantab fans turned out in full force to see 2011 Cantab Slam Team member (and Emerson Poetry Project curator) Maya Phillips feature last night! She brought a super-tight set of old work and new, including a brandy-new chapbook for the fans. The final open slam in the 8×8 series was won by Melissa Newman-Evans, who charmed the audience early then took a heartbreaker of a final round over Ed.

Next week: everybody’s favorite vet tech poet, Jamei Bauer, will be our feature. The slam will be the first of the two 8×8 semi-finals with Bobby, Sam, Nate, and Sean competing.

Tips from the Bar: Pandorschrodinga’s Box

You have a received a gift from someone who:

What’s in the box? 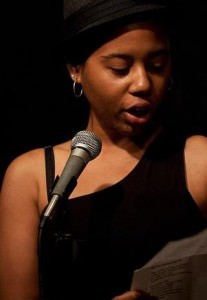 Your poem should start with the first line: “I’m not a serial killer, but…”.

Here’s hoping the holiday week was fabulous for everyone! We had a great time on Wednesday at the bar, listening in to Lucifury, who came all the way from Denver to rock a full set. The slam was won by Simone, who narrowly defeated crowd favorite Ed in the final round. 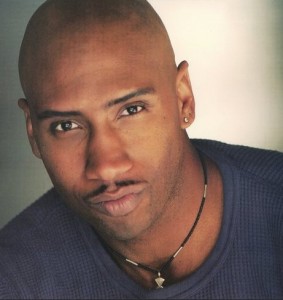 Last night, 2011 Cantab slam team member McKendy Fils-Aimé rocked an amazing poetry-dense set for an enthralled crowd. A true nail-biter of a slam was won by Meaghan Ford, who eliminated Z in the final round.

Next week: Theo “Lucifury” Wilson, NPS 2011 Champion from Denver, swings into town to feature. The night will close with another open poetry slam. 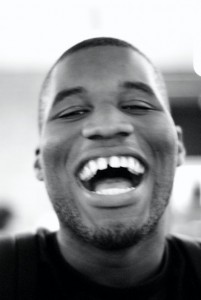 Hailing from Manchester, New Hampshire, McKendy Fils-Aimé is a four-time competitor at the National Poetry Slam since 2008, representing Slam Free or Die, the Worcester Poets’ Asylum, and, of course, the Cantab. In early 2011, he toured the country as part of a poetry quartet called No More Ribcage. Some of his work can be found in literary journals such as Amoskeag, Radius, and Borderline.

Last night, we got a visit from the world’s winningest slam poet, Alvin Lau! Alvin jam-packed his set with poetry and took us on a wild ride through a solid variety of work. The slam was won by NYC traveler Brian Omni Dillon, who defeated New Hampshire’s Ed Wilkinson in an out-of-state final round!

Alvin Lau is a Chicago native, writer of poetry and prose, and proud son of Chinese immigrants. An avid competitor in poetry slams, he is the highest ranking Asian-American slam poet of all time and has won more high stakes poetry slams than any other poet in the world. He is a two-time champion of Louder than a Bomb: the Chicago Youth Poetry Slam, two-time champion of Brave New Voices: the National Youth Poetry Slam, a four-time regional slam champion, a five-time national finalist and 2006 and 2011 individual runner-up, a Pushcart Nominee, and in 2007 he was named “Poet of Conscience” by Amnesty International.

His work has appeared across various media, including Rattle Magazine’s Tribute to Slam, the Poetry Foundation online, National Public Radio, numerous literary journals and anthologies, and the fifth and sixth seasons of HBO’s Def Poetry Jam. He has shared stages with Nikki Giovanni, Talib Kweli, and Buddy Guy, and performed at hundreds of colleges across the country, including Yale, Harvard, Columbia, Stanford, and Sarah Lawrence College. Favorites include mangoes, tequila, and Lupe Fiasco.