Tips from the Bar: What, You Wanted a Prompt? 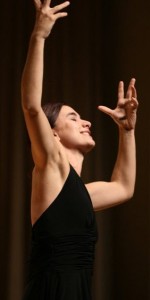 Gypsee Yo, Albanian poet from Atlanta, holds her audience rapt.

Gypsee Yo (Jonida Beqo) is a native of Albania, currently residing in Atlanta, Georgia. She is a performance artist whose work aims to blur the lines between genres. Her background includes successful projects in theatre, dance, storytelling, and an extensive spoken word and slam poetry resume. She is the regional Southern Queen of Slam (2008), Atlanta’s Slam Champion (2006–2009), a three time National Poetry Slam semi-finalist (2006–2008), and a National Poetry Slam final stage feature in Austin, TX (2007). In addition, she has ranked two times as first runner-up in the Women of the World Poetry Slam in Detroit, MI (2009), and Columbus, OH (2011).

Her three poetry collections in Albanian, I Do Not Fit Inside my Body (1998), The Last Nail (1999), and When Life Grows Roots Inside a Suitcase (2003) are critically acclaimed titles. She has toured internationally and has been recognized for her work in theatre with the Dell’Arte Diversity Award by the American College Theatre Festival and the Kennedy Center in DC (2004). Her work has been highlighted both in her native country and in the US in television and radio features, including Spoken!, Nashville’s NeoSoul Radio, and Atlanta’s Voice of the Arts.