The World Qualifier Finals will determine the Boston Poetry Slam’s representative to the 2012 Individual World Poetry Slam. Top scorers from the World Qualifier Semi-Finals will compete in four rounds of slam, including one long-poem (4-minute) round. The two-night, six-poem series will culminate with a single poet left standing!

The eight finalists are pictured below. All photos are courtesy of and © Marshall Goff, and all were taken at the January 18 World Qualifier Semi-Finals. Photos may be republished with appropriate artist credit only. Media outlets seeking high-resolution versions may contact the photographer directly.

Doors for the show open at 7:15. The open mic begins at 8:00 and the slam begins at approximately 10:00. (There is no open poetry slam tonight.) The show is 18+ (ID required) and the cover charge is $5 to help fundraise for the winner’s trip to IWPS. 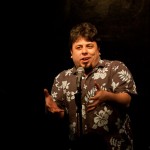 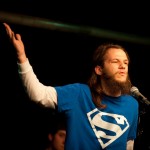 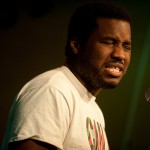 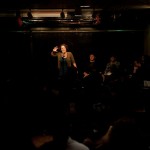 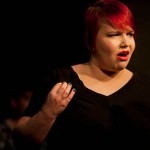 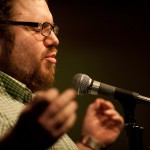 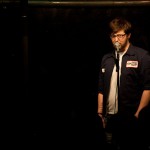