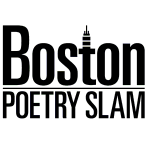 Team slam is back! We continue our summer of slam with the second of three Nationals-style 4×4 matches, welcoming four Nationals-bound slam teams to our virtual cage match for a four-round slam. This heart-of-the-summer regional will showcase work from the following teams:

This show will have a slightly shortened open mic and will sell out quickly, so we advise arriving for door time at 7:15 to catch a seat… Otherwise, you’ll be waiting until July 12 for the last of the summer’s 4x4s. Cover charge is $5 to help raise funds for our team to travel to Nationals in Denver this August!

This show in our weekly Wednesday series takes place at the Cantab Lounge, 738 Massachusetts Ave. in Cambridge. Doors for the show open at 7:15. The open mic begins at 8:00 and the slam begins at approximately 10:00. The show is 18+ (ID required) and the cover charge is $5.