Tips from the Bar: No, It’s Not 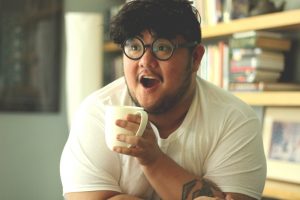 Hieu Minh Nguyen is the author of This Way to the Sugar (Write Bloody Press, 2014) which was a finalist for both a Minnesota Book Awards and a Lambda Literary Awards. A queer Vietnamese American poet, Hieu is a Kundiman fellow and a poetry editor for Muzzle Magazine. A decorated slam poet, Hieu has performed and competed at national and international poetry slam festivals since the age of 16. His work has also appeared in the Southern Indiana Review, BuzzFeed READER, PBS NewsHour, Guernica, Ninth Letter, Devil’s Lake, Bat City Review, the Paris-American, and elsewhere. His second collection of poetry, Not Here, is forthcoming from Coffee House Press. Hieu is a nationally touring poet, performer, and teaching artist. He lives in Minneapolis.