Tips from the Bar: Is It That Time of Year Already? 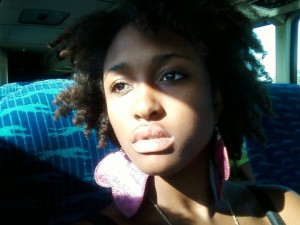 Chanel Dupree is a rising young spoken word artist from New York City. Chanel was the only woman on the final LouderARTS slam team, semi-finalists at the 2014 National Poetry Slam; she was invited to perform her poem “Delusions” as part the Finals Stage showcase. Chanel has featured at the Nuyorican Poet’s Cafe, Port Veritas, and at Yale University’s United Nations Global Health Conference, promoting women’s advocacy and youth employment. Chanel has also been featured on “At the Inkwell” as one of their inspiring up and coming writers. Chanel’s writing style is storytelling and redemption; spilling everything on the page, showing how being human is a beautiful battle.

Note that tonight’s open poetry slam is a speed slam with 3-, 2-, and 1-minute rounds. Slam winners qualify for the 2015 World Qualifier.