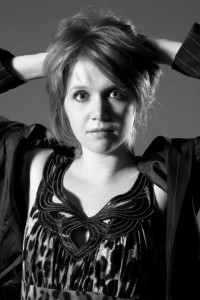 FEATURED POET: Stevie Edwards currently resides in Ithaca, New York, where she is working toward completing an MFA in creative writing at Cornell University. Her first full-length collection of poetry, Good Grief, was published by Write Bloody Publishing in April 2012. She is currently working on her second book, tentatively titled No Apocalypse. She is the editor-in-chief of MUZZLE Magazine, editor of 4th & Verse Books, assistant editor of EPOCH, and a proud alumna of Chicago’s Real Talk Avenue. Her work has appeared in Verse Daily, Rattle, Night Train, PANK, and a number of other publications.

WORKSHOP DESCRIPTION: Stevie Edwards will lead a writing workshop before the show. 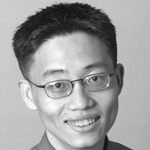 FEATURED COMEDIAN: Joe Wong headlined the Radio and TV Correspondents’ Dinner where he roasted vice president Joe Biden. He made multiple appearances on the David Letterman and Ellen Degeneres shows. Joe’s life has been very boring except two surprises in 2010. He went to the Great American Comedy Festival and won the competition there. Then he became Boston Comedian of the Year, after failing to become Boise Idaho comedian of the year.