Tips from the Bar: Terrible People 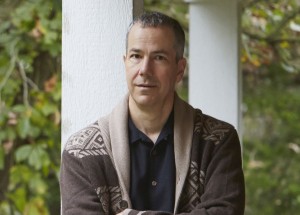 Matt Mason has won a Pushcart Prize and two Nebraska Book Awards; was a Finalist for the position of Nebraska State Poet; organized and run poetry programming with the U.S. Department of State in Nepal, Romania, Botswana, and Belarus; and been on six teams at the National Poetry Slam. He has over 200 publications in magazines and anthologies, including Ted Kooser’s American Life in Poetry and on Garrison Keillor’s Writer’ Almanac. He is the executive director of the Nebraska Writers Collective and a consultant for the Nebraska Arts Council with Nebraska’s Poetry Out Loud program. His most recent book, The Baby That Ate Cincinnati (SFA Press), was released in 2013. Matt lives in Omaha with his wife, the poet Sarah McKinstry-Brown, and daughters Sophia and Lucia. You can enjoy some of his work at drunk in a midnight choir or visit him at his home page.