Tips from the Bar: the RebeccaLynn Prompt 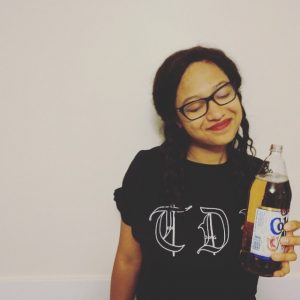 RebeccaLynn is queer, black, and surviving in Boston. She enjoys rap music, philosophy, and her mom’s cooking. She hopes to continue sharing her narrative of her survival with anyone who will listen. She is currently the reigning Champion of Champions at the Boston Poetry Slam, as well as a 2017 Pink Door fellow. Her artistic influences include Kendrick Lamar, Maya Angelou, and Frank Ocean.