Tips from the Bar: The Hieu Minh Nguyen Prompt 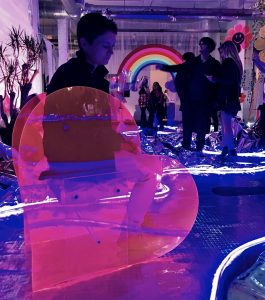 Sam Rush is originally from South Florida and began writing poems after developing progressive hearing loss and realizing how many words each word could be. Sam is a three-time competitor in the National Poetry Slam and was a 2016 finalist as a member of The House Slam team. Their work has been featured work featured in The Offing, Public Pool, Drunk in a Midnight Choir and on Button Poetry and SlamFind.