Tips from the Bar: The Oompa Prompt 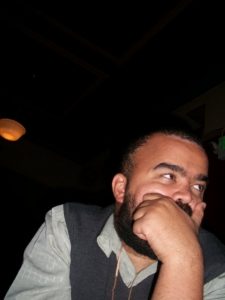 A 2016 Jack Straw Fellow, Artist Trust Fellow, and nominee for a Stranger Genius Award, Robert Lashley has had poems published in such journals as Feminete, Seattle Review Of Books, NAILED, Drunk In a Midnight Choir, and The Cascadia Review. His work was also featured in Many Trails To The Summit, an anthology of Northwest form and lyric poetry. His full-length book, The Homeboy Songs, was published by Small Doggies press in April 2014, and his latest book, Up South, will be available in March 2017.