Tips from the Bar: The Museum of Broken Relationships Is a Real Place 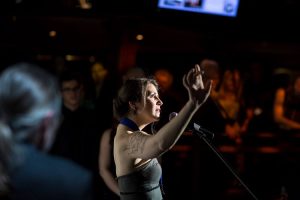 Part of the vanguard of poets fusing and refusing the delineations between literary and oral poetry, Marty McConnell’s work blurs the lines between autobiography and personae to comment on and illuminate what it means to live and love outside the lines in early 21st century America. She is the author of wine for a shotgun, (EM Press, 2012), which received the Silver Medal in the 2013 Independent Publishers Awards, and was a finalist for both the Audre Lorde Award (Publishing Triangle) and the Lambda Literary Awards. She is also a seven-time National Poetry Slam team member, the 2012 National Underground Poetry Individual Competition (NUPIC) Champion, and appeared twice on HBO’s “Def Poetry Jam.”

McConnell transplanted herself from Chicago to New York City in 1999, after completing the first of three national tours with The Morrigan, an all-female performance poetry troupe she co-founded. She received her MFA in creative writing/poetry from Sarah Lawrence College, and for nearly a decade, co-curated the flagship reading series of the New York City-based louderARTS Project. She returned to Chicago in 2009 to launch Vox Ferus, an organization dedicated to empowering and energizing individuals and communities through the written and spoken word. Visit her at martyoutloud.com.

Tonight also marks the final night in our current 8×8 poetry slam series! Eight slam winners will slam off for the season championship and the opportunity to challenge Jess Rizkallah, the reigning Champion of Champions. 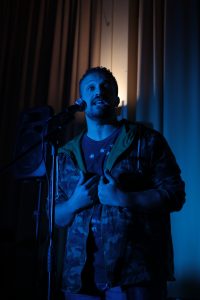 In addition to a nationally renowned feature and a championship slam, we will also offer an open mic spotlight from an international slam champion tonight! Mohamed Hassan is a journalist and poet from Auckland. He is the 2015 New Zealand National Slam Champion, winner of the 2013 Rising Voices Youth Grand Slam, a TEDx speaker and a member of the South Auckland Poets Collective. This year, he released his first collection of poetry, A Felling Of Things.

To see Mohamed feature on the open mic, we recommend arriving no later than 8:45… That is, if this grand heckuva show somehow doesn’t sell out when the doors open. Please plan ahead and remember that door time for the open mic is 7:15. In the case of a sold-out open mic, limited additional seating MAY become available for the headline feature around 9:45.

This show in our weekly Wednesday series takes place at the Cantab Lounge, 738 Massachusetts Ave. in Cambridge. Doors for the show open at 7:15. The open mic begins at 8:00 and the feature performs at approximately 10:00. The Champions of Champions Slam in the 8×8 slam series will follow. The show is 18+ (ID required) and the cover charge is $3.