Tips from the Bar: Killing Your Darling

We weren’t ready! Sure, we were warned, but the Cantab was learned it is impossible to prepare for the awesome power of Siaara Freeman, mistress of craft, presence, and the very realest of all real talk. Siaara’s feature was an ideal combination of everything the room has come to love, including delicate metaphor and uncompromising narrative, all balanced out with with whip-smart banter that had audience members lining up for hugs and every last book in her suitcase. Huge thanks to Siaara for bringing her words and work to close out Black History Month at the Boston Poetry Slam, and at nearly every other slam in the NorthBEAST region!

Our third speed slam of the series saw six untentative performers take the stage to try their hand at the 3-minute, 2-minute, and 1-minute lightning format. The final sixty-second round came down to the speedy stylings of Kylie Noelle vs. Nora Meiners: WOWPS-bound Nora took the win and the ten dollars to get on the list for this year’s World Qualifier series.

Next week: it’s been a long time since we’ve seen one-time Guerrilla Poet Janaka Stucky on the Cantab stage… Long enough for the guy to rack up a fabulous set of non-slam credentials, including a bucket of publications, a national tour, two National Haiku Championship titles (yup), and a probably-new-to-you book, The Truth Is We Are Perfect. Come early to introduce yourself to this busy local; stay late to get yourself into the fourth open speed slam in this 8×8 series. 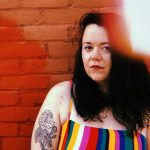 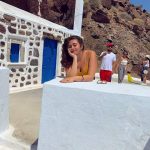