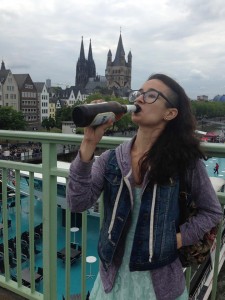 Cassandra de Alba’s work has appeared or is forthcoming in Skydeer Helpking, Nailed Magazine, Drunk in a Midnight Choir, and The Nervous Breakdown, among others. She has competed in several National Poetry Slams, representing both Slam Free or Die and Hampshire County Slam Collective, and published several chapbooks, but title-wise is never going to top 2009’s i am running away and joining a circus whose only act is to make the audience feel really, really bad about being happy. Her most recent chapbook, habitats, is on Horse Less Press and all about deer of varying degrees of malevolence. 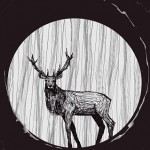 Cassandra performs both onstage and behind-the-scenes work for the Boston Poetry Slam, serving as open mic host as well as maintaining the venue’s highly popular tumblr page. We are proud to host the release party of habitats in this special National Poetry Month show.