Tips from the Bar: Brevity is the Soul 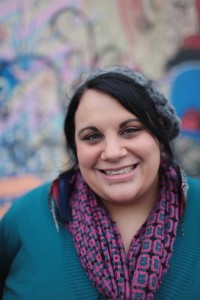 Rachel Wiley is a native of Columbus, Ohio. She graduated from Capital University in 2006 with a degree in Theatre Studies.

Rachel is on staff at the Writing Wrongs Poetry Slam in Columbus. She was a finalist at both the National Poetry Slam and the Women of the World Poetry Slam in 2011, and she has toured nationally performing at slam venues, colleges and festivals. Most recently she had the honor of being part of the Geraldine Dodge Poetry Festival in Newark, New Jersey. Her first full-length collection of poetry was released by Timber Mouse Publishing in October 2014.

Note that tonight’s open poetry slam is a speed slam 3-, 2-, and 1-minute rounds. Slam winners qualify for the 2015 World Qualifier.