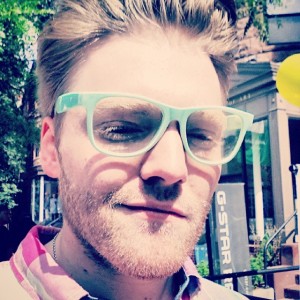 Sean Patrick Mulroy is having the best 2014 ever. Listen: first, after ten years of visiting, slamming at, and working for the Boston Poetry Slam, he finally took possession of the Champions of Champions title just this January. Next, just in time for National Poetry Month, he cemented his spot on his third Boston Poetry Slam Team, this time in the top three and with a self-imposed goal of using only formal and humorous work. AND THEN THE CAPPER: he won the six-rounds of speed and long-form work required to become our one and only Individual World Poetry Slam representative, earning himself a trip to Phoenix, Arizona this October to slam solo for the first time under the banner of his home venue.

Between all that, Sean has been hosting the open mic and slam both in the Cantab and across the river at Moonlighting, not to mention co-coaching the 2014 Boston Poetry Slam Team. After all that, we might as well give him one night to be an artist: Sean will have an extended feature time (which means no poetry slam!) just before we send him off to IWPS. We’ll be charging a $5 cover that night to help make the last few dollars for his travel and lodging to the tournament. Come out for what’s sure to be an extra-special night.

This show in our weekly Wednesday series takes place at the Cantab Lounge, 738 Massachusetts Ave. in Cambridge. Doors for the show open at 7:15. The open mic begins at 8:00 and the feature performs at approximately 10:00. Due to extended feature time, there is no poetry slam tonight. The show is 18+ (ID required) and the cover charge is $5.