Tips from the Bar: This One’s on Nora 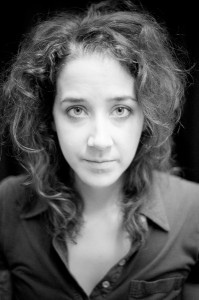 Jade Sylvan, called a “risqué queer icon” by The Boston Globe, is the author of Kissing Oscar Wilde (2013 Write Bloody Publishing), TEN (2013 Launch Over Publishing), and The Spark Singer (2009 Spuyten Duyvil Press). A genderqueer writer, producer, and performing artist based out of Cambridge, Mass., Jade has been on the cover of The Boston Globe Arts Section, ScoutCambridge, and DigBoston. The author has toured throughout North America and Europe performing poetry, and has produced and performed in a number of acclaimed shows in the Greater Boston area, including The Literary Roast, All You Need Is Myth, and the Encyclopedia Show Somerville. In 2012, Jade cowrote and starred in the indie feature film TEN, which is currently touring the film festival circuit. Publications include pieces in: The Toast, BuzzFeed, PANK, DigBoston, Carve Magazine, Mudfish, Word Riot, and many more.

This show also originally included a spotlight from punk-performance-poet John Cooper Clarke, visiting from the U.K. Due to travel circumstances, JCC has been forced to cancel his appearance at this evening’s show.