Tips from the Bar: Ghost Line

Cantab Feature for Wednesday, August 13, 2014: Jacob Rakovan and the Champion of Champions Slam 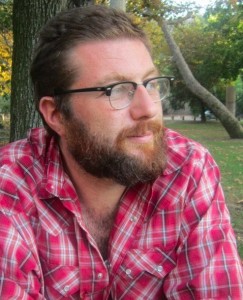 Jacob Rakovan is an Appalachian writer in diaspora. He is the author of The Devil’s Radio (Small Doggies Press, 2013) He is a 2011 New York Foundation for the Arts Fellow in Poetry and recipient of a 2013 National Endowment for the Arts Fellowship. His work has appeared in numerous journals including The Dead Mule School of Southern Literature, The James Dickey Review, Anon, Thrush, Nailed and Phantom Drift: A Journal of New Fabulism as well as anthologies by Salmon Poetry Press, MTV Books and The Arsenic Lobster. Rakovan was a finalist for the 2012 Linda Bruckheimer Series in Kentucky Literature and the Gell poetry prize. He is co-curator of the Poetry & Pie Night reading series in upstate New York, where he resides with his five children and a mermaid.

Tonight also marks the final night in our current 8×8 poetry slam series! Eight slam winners will slam off for the season championship and the opportunity to challenge reigning Champion of Champions Ellyn Touchette.