Tips from the Bar: The Tick Prompt 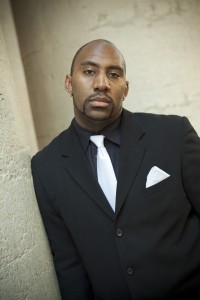 William Evans is a writer, instructor and performer from Columbus, Ohio. As the founder of the Writing Wrongs Poetry Slam, William has created the largest weekly poetry open mic currently operating in the city. William also founded the NuGrowth Youth Poetry Slam in Columbus in addition to hosting the first ever Columbus All District High School Poetry Slam in April 2009.

As an artist, William is one the most successful performance poets to come from Columbus and the state of Ohio as a whole. He made his second appearance on a slam finalist stage at the National Poetry Slam in 2011 as a member of the Writing Wrongs National team, in addition to his 11th place finish at the Individual World Poetry Slam in 2009. He has performed on seven Columbus National Teams while being an artist in residence for both the Columbus Wexner Center and Columbus City Schools.

William released his first full-length manuscript, In the Event You are Caught Behind Enemy Lines in August 2009 on Penmanship Books. Previous to that, he released a chapbook, Humble Shell Casings on JK Publishing, as well as two poetry CDs: Living in the Hour Glass (2006) and Measure (2007).

Currently, William Evans tours the country and facilitates writing workshops thru Projecting Murals, LLC, a non-profit organization that connects facilities such as schools, community centers and correctional facilities to artists from the community. He founded the company in April 2009.