Tips from the Bar: the John Waters Prompt

Cantab Feature for July 24, 2013: Steve Subrizi and a Champion of Champions Poetry Slam 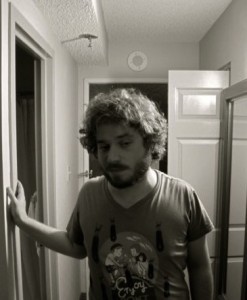 Steve Subrizi lives in Somerville, Massachusetts, and has read poetry and played music across America by himself; along with Emerson College’s first slam team, the Gringo Choir, which also included Carlos Williams, Carrie Rudzinski, and Maxwell Kessler; with his good friend, former New Hampshire slammaster Sam Teitel; and with his band, the Crazy Exes from Hell, a duo with Kirsten Opstad. He just put out his solo project, called Home Alone Forever.

Tonight will also mark the next installment in the Champion of Champions! Tom Slavin will defend his title against the winner of this season’s 8×8 slam series.