Tips from the Bar: The Native Tourist

Hey, thanks to everyone who turned out for the NorthBEAST Regional Slam this past Wednesday! We had scheduled teams from Slam Free or Die (Manchester, New Hampshire), the Mill City Slam (Lowell, Massachusetts) and the Lizard Lounge (just down the street) to slam against our very own home team! What an exciting night.

The bout started off strong with two great sacrifices from Nora Meiners and Marshall Gillson. Hey, in case you didn’t know: Marshall’s working up in our neck of the woods this summer, but he’ll be repping for Atlanta’s Art Amok slam when we all head down to Charlotte. That’s one more team for you to root for at the National Poetry Slam this year! Hot on the heels of the sacrifices came Rudy Cabrera from the Lizard, who kicked in the door with a head-space love poem that shook the first high nines out of the judges. Febo from Mill City and Mckendy from the Cantab brought strong opening work, but the only one with a chance at catching up in the first round was Beau Williams from SFoD, who settled into the room with a heart-wrenching, beautifully performed open letter.

That meant the teams started pulling out all the stops in the second round. Oz started us off with his poem about mermaids riding bicycles underwater (remember?), but the Lizard sealed the second round with a second strong performance, this one from Neiel Israel in a form of a letter to her mother. The next three (!) poets actually followed the letter theme, the first being a short-yet-sweet-punk-piece from SFoD newcomer Derek Avila, and the second a humorous rant from Lowell’s Matthew Richards that stole the audience’s hearts but just didn’t pique the judges’ interest.

The fourth round opened up with SFoD’s Heidi Therrien’s affecting Letter to My 6-Year-Old Self. Cantab favorites Kemi Alabi and Michael Monroe knocked their own performances out of the park, but the Lizard’s Janae Johnson sealed the deal with a love/drinking poem that essentially mathed every other team out of the win.

That meant the fourth round was going to be a free-for-all! First-time-slammer at the Cantab Princess Chan, from Lowell, broke hearts all over the room with a poem about war and ancestry. SFoD’s Christopher Clauss roused the audience to his cause next, and was just capped by the Lizard’s ultra-positive and in-the-present group piece. Melissa Newman-Evans closed out strong with The Shame Machine, and that was all she wrote. At the end of the night, the Lizard took a solid first place, with SFoD coming in second, Cantab trailing at third, and Lowell taking the four-spot. Good times!

If you missed this slam, no worries: you’ve got one chance left to see the Boston Poetry Slam team in all their glory at the Cantab, and that’ll be their team feature on August 1. For just $5, you can see them perform for an hour and even pick up a copy of their chapbook, to be released that night.

In the meantime, we’ve still got a few shows between now and then! We’re back next week with Laura Lamb Brown-Lavoie, as well as the last slam in our 8×8 series. See you there! 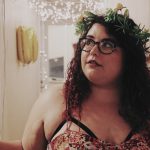