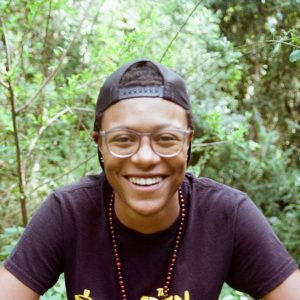 Mia S. Willis is a 22 year old artist and adventurer. Born in Charlotte, North Carolina, she represented East Carolina University as a competing poet at the College Unions Poetry Slam Invitational during all four years of her undergraduate career. Mia is also a member of North Carolina’s The Marquis Slam, a PSi collective which ranked in the top 20 teams in the nation at the 2017 National Poetry Slam. Her work has been featured in print by East Carolina University’s expressions Magazine and SUGAR, as well as online by The Fem Lit Mag, INTER, and a feminist thread. Most recently, Mia ranked fourth out of ninety-six poets at the 2018 Women of the World Poetry Slam.

Mia released a visual album of poetry on YouTube, entitled “Sage and Petrichor,” in September of 2017. The project is a video compilation of dance choreography, spoken poetry, and footage of Mia’s travel experiences as a performer. When she is not onstage, Mia is a full-time Master of Arts student in the Department of Classics at The Florida State University. Connect with her on both Facebook and Twitter.