Tips from the Bar: BotWho? 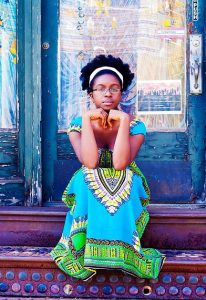 D. Colin is a Capital City region poet and a member of the 2012 first ever Nitty Gritty Albany slam team, representing the venue at the Women of the World Poetry Slam in 2016 and 2017: she is currently ranked 35th in the world. She holds a Masters in Africana Studies from the University at Albany, was a 2016 poet in residence for Voices of Community in Putney and Brattleboro, VT., and a Breathing Lights Grant recipient. D’s first collection of poems and prose is entitled Dreaming in Kreyol and is an homage to her Haitian heritage and history. She also handcrafts jewelry and paints; check out all the artist’s work at dcolin.com.