Tips from the Bar: The Michael F. Gill Prompt 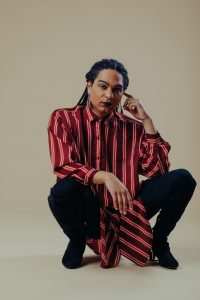 Justice Ameer is a poet and performer based in Providence, Rhode Island whose work explores the experience of being a Black trans woman in a post-racial and potentially post-apocalyptic America. Xe has competed and featured at various poetry venues across the nation. Xe is a Pink Door fellow, FEM Slam Champion, and two-time Providence Grand Slam Champion. Xyr work has been published in Glass Poetry Press, POETRY magazine, and The BreakBeat Poets Vol. 2: Black Girl Magic anthology.