Tips from the Bar: Inventors’ Club 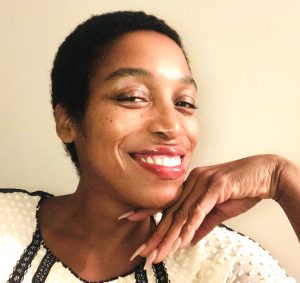 Neiel Israel: poet, artist, educator, humanitarian, eight-time National slam poet, and talented big-mouth. Graduated with honors from the University of Massachusetts, Boston; is a fan of love, karma, music, bike riding, the beach, sunbathing, and babies that leap out of their parent’s arms in her direction to make her more attentive as well as sharpen her reflexes. [Neiel has secretly been avoiding marriage because she thinks it would be awful, but knows someday she’ll be delightfully persuaded to marry for the fun of it.] She enjoys dinner parties but doesn’t like cooking, and has been known to make people laugh hysterically without trying.

Neiel has written a chapbook (that she is finally willing to share) with pantoums, sonnets, and other forms titled: “The Dead Sing Better than You,” poems written in loving memory of Aretha Franklin, James Brown, Marvin Gaye, Prince and other greats. You may be one of the fortunate few to get your hands on a copy (the night of the feature) before she changes her mind, and possibly decides not to share the chapbook at all. Good luck!