Tips from the Bar: Dreamself vs. You 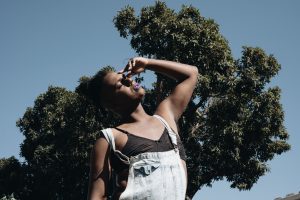 jayy dodd is a blxk trans femme from los angeles, california–- now based on the internet. they are a literary & performance artist. their work has appeared / will appear in zines & classrooms & basements & bookstores & over there probably. their words are award-nominated & are generally controversial. they are also a volunteer gender-terrorist, artificial intellectual, & wilderness prophet on the end times. find them talking trash online or taking a selfie.