Poetry fans and hardy New Englanders! We regret to announce that due to weather concerns, there will be NO POETRY SHOW on Wednesday, March 7, 2018, at the Cantab Lounge. Although the forecast may not be reliable, we cannot justify asking our many out-of-towners to risk traveling for this slam.

The Cantab Lounge upstairs bar (21+, cash only) will remain open this evening, although no entertainment is scheduled.

Please join us next Wednesday, March 14, for an early-bird workshop and feature with C. Bain! 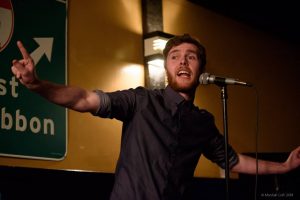