Tips from the Bar: Rejected!

Cantab Feature for Wednesday, January 10, 2018: Jelal Huyler and the Champion of Champions Slam with RebeccaLynn 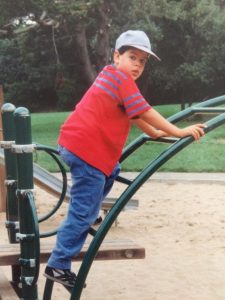 Jelal Huyler is an Oakland-born, Massachusetts-residing poet/emcee who does not believe in linear time. He spends most of this not-believed-in concept scribbling into notebooks, and writing things and talking extensively on various subjects. He has slammed nationally for Stockton, California and Northampton, Massachusetts, and he coached the 2017 Northampton National Poetry Slam Team. He is mostly concerned with burritos… which do not exist in Massachusetts. This bio has now made Jelal sad.

Jelal’s voice and work have been featured in several documentaries, including Cracking the Codes: The System of Racial Inequality, which explores race and restorative justice in the United States. Previous and forthcoming publications include Eleven Eleven, 3Elements Review, 580 Split, Drunk in a Midnight Choir, and SlamChop. His book Fractals is available on The Gorilla Press. Jelal also makes good blue soul music. Ask him about stuff.

Tonight also marks the final night in our current 8×8 poetry slam series! Following Jelal’s feature, eight slam winners will slam off for the season championship and the opportunity to challenge RebeccaLynn, the current reigning Champion of Champions, in a head-to-head event including a New Poem Round.

This show in our weekly Wednesday series takes place at the Cantab Lounge, 738 Massachusetts Ave. in Cambridge. Doors for the show open at 7:15. The open mic begins at 8:00 and the feature performs at approximately 10:00. The Champion of Champions poetry slam will follow. The show is 18+ (ID required) and the cover charge is $3.